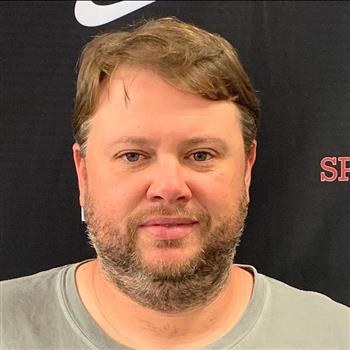 This is Coach Entrekin’s second year at Sparkman High School. He graduated from Auburn University in 2002 with a degree in Mass Communications and worked in journalism, radio and sales before deciding to teach and coach. He received a Master's Degree in Education from Alabama State University in 2011. Coach Entrekin has been married to his wife Jessica for eight years. Jessica is a nurse practitioner at Huntsville Hospital.

Before joining the Softball staff at Sparkman last year, he was previously the co-head softball coach for Grissom high school and also a varsity assistant coach the season prior. He also coaches football at the Sparkman and is beginning his second season serving as the freshmen football defensive coordinator. He has previously coached football at Jeff Davis High School in Montgomery and Grissom High School in Huntsville as a varsity offensive and defensive line coach.