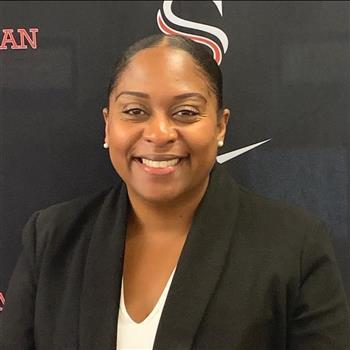 ​Mrs. McCants was raised in Castleberry, Al and is a proud 1999 graduate of Hillcrest High School in Evergreen, Al. She obtained her bachelor of Science degree in Biology with a minor in Chemistry from The University of South Alabama in Mobile, Al. She also has her master of Science degree in Instructional Leadership and Educational Specialist degree from Jacksonville State University. She is currently pursuing her Doctorate in Rural Education at the University of West Alabama.

She has worked in education for 15 years and previously served as assistant principal at Sparkman High School.

She is married to assistant principal/professional guitarist Eric McCants. They have a daughter, Zaiden Marie and a son, Zac.